Over 650 million animals - from lemurs to zebras to tropical birds - were imported legally into the United States in the last 3 years.

More than that were smuggled into the country illegally. The illegal wildlife trade is a $10-billion-a-year business, second only to drugs as a worldwide black market, reports INTERPOL, the international police agency.

Animals smuggled into the U.S. are not quarantined or screened for disease. Even those arriving legally are largely unscreened, since the government employs only 120 full-time inspectors. The imports do bring diseases, such as hantavirus, tularemia, salmonella, meningitis. That's a concern. But it doesn't concern me nearly as much as the impact of the wildlife trade on the animals themselves.

Many of the animals traded legally and illegally are parrots, among the smartest of birds. And many are primates.

According to the Aesop Project, more than 32,000 wild-caught primates are sold on the international market every year, and more than one-quarter of this trade is illegal.

I was dismayed, but not too surprised, to discover that the biggest importer of primates worldwide is the United States. According to an American University document, we import more than 20,000 primates per year into the United States, in spite of the substantial breeding capacity of our research facilities. We import four times more primates than any other single country.

The Convention on Trade of Endangered Species (CITES) prohibits all trade of primates except those born in captivity. I called the International Primate Protection League to ask about CITES. Over the phone, Shirley with IPPL told me that CITES is only a treaty, not a law. A country that agrees to abide by the CITES treaty can then establish laws to support it. Many prosperous countries such as the United States support CITES – in theory if not in reality. But many tropical countries whose people make a living in wildlife trafficking make no pretense of supporting it. Or even if they do support it on paper, the laws restricting wildlife trade are not enforced. In developing nations, which tend to be tropical, wildlife poachers often operate freely because governments lack funds to enforce wildlife protection laws, or because officials in charge of protection are getting a cut of the profits from wildlife trade. In impoverished nations, wages for wildlife officials are often below the minimum living wage. So animals are trapped and sold illegally - for food, for use in laboratory research, for exhibition, and for keeping by private individuals as companions.

I asked Shirley at IPPL to guess how many of the primates brought into the U.S. are wild-caught rather than bred in captivity. She didn’t know, but confirmed what I have heard from various other sources. Regardless of laws, regardless of endangered status, poachers and smugglers illegally transport thousands of wild animals into the United States the same way smugglers transport drugs – in cigar boats from the Caribbean, in cars, in false compartments, across the Mexican border. The sale of smuggled birds, primates, and other wild-caught animals in the United States is rampant.

Where do our imported primates come from? The countries exporting the most are Indonesia, Malaysia, Kenya, Thailand, and China. The first three, I know, are countries with several native species of primates that are threatened by deforestation and habitat loss. 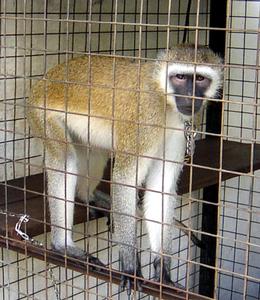 By far the biggest consumers of imported primates in the United States are medical research facilities. Do we know they are using wild-caught rather than captive-bred primates? Consider this excerpt from an article in “Animal Issues”:

“On a late summer day in 1998, a China Airlines flight carrying American and Asian vacationers touched down on the runway at San Francisco International Airport. Below the passengers in the plane's cargo hold sat 40 monkeys in small wooden crates. When an official from the Centers for Disease Control and Prevention peered inside the individual compartments, he saw that 11 of the animals had died, apparently from dehydration and heat during the lengthy flight. The monkeys were pig-tailed macaques, a species classified as ‘vulnerable’ by the World Conservation Union. Captured in traps set in the forests of Indonesia, the animals were on their way to the Regional Primate Center at the University of Washington to be subjects in a laboratory experiment.”

The World Wildlife Fund reports that the majority of primates used in research facilities are bred in captivity. But wild-caught primates are still used. Why? Most primates are imported, not by the research facilities, but by companies who sell animals to these research labs. By far the biggest suppliers in the United States are Charles River, Inc. and Covance Research Products, Inc. The incentive for buying wild-caught animals is clear: they cost one-third as much as raising primates from birth. Many primates that are bred in captivity here in the United States are exported for profit. The United States is third in the world in the number of primates exported annually, just behind the Philippines and Indonesia. It’s all about money. The suppliers who breed primates and import wild-caught primates are competing with one another for research facilities’ business – cheaper primates means more business and more profits. The researchers who buy from these suppliers feel pressure to shave pennies from expenses, in order to stretch their grant funding as far as possible.

How can you protect animals from the wildlife trade?

1) Don't buy exotic animals as pets. If you must have something other than a cat or a dog for a pet, be positive that it was bred in captivity. Insist on documentation.

3) Don't buy clothes, furs, jewelry, shoes, trinkets, traditional medicines, carvings or any other consumer products made with body parts of wild animals. Ask for documentation if you're not sure.

4) Write your representatives in Congress to demand that humane alternatives to animal experiments be used.

5) Contact medical schools that use animals for education and ask them to eliminate live-animal labs from their curricula. Many of our most respected medical schools have already done this.

6) Purchase only cruelty-free products and donate only to health charities that never fund animal experiments. 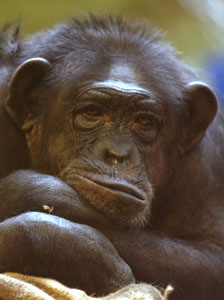 sink sink socks said...
This comment has been removed by a blog administrator.
2:13 AM