New book about how overfishing is changing the world 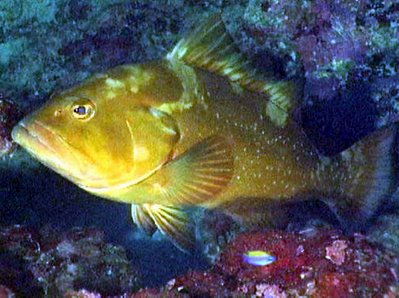 Mercury is not the only reason to select fish in your diet very carefully.

Charles Clover, environment editor of London's Daily Telegraph, presents convincing evidence that 75% of the world's fish populations are overfished. His new book, The End of the Line: How Overfishing is Changing the World and What We Eat, predicts that fish stocks will collapse, irreversibly, within 50 years.

Our current rate of depletion of fish populations is due in part to more efficient fish-locating technologies such as global positioning systems, sonar, and 3-dimensional underwater mapping. In addition, modern fish harvesting methods such as blast fishing, gill nets and long-lines bring in bigger and bigger catches including nontargeted species. According to one study Clover cites, 90% of large oceanic fish have disappeared since 1950.

Clover writes that the responsibility lies, in part, with countries that continue to permit illegal fishing, such as Japan and Spain. Also to blame are the U.N. Food and Agricultural Organization and the European Union. The responsibility is shared by chefs and restaurants that continue to feature endangered species on their menus, "the marine equivalent of the panda, the rhino, and the Great Apes." This includes high-end restaurants in the United States.

Also, of course, we as consumers are to blame. If we stopped eating fish whose populations are in danger, then trawlers, chefs, groceries, and restaurants would have no incentive to provide them. This includes canned tuna and wild salmon.

What can we do? Read Charles Clover's book and pass it on. Or, before buying fish, check for recent updates on the Oceans Alive website or on Environmental Defense's online guide to fish consumption. The online guides offer species-specific info on fish contamination with heavy metals such as mercury (44 or 45 states in the U.S. have issued mercury warnings for fish consumers) and current info on which fish populations are overfished.

We can also support the creation of fish preserves - huge areas of ocean that are off-limits to fishing so that fish populations can recover. Not only are fish populations at stake, but also the countless marine birds and mammals, such as whales, sea lions, sea otters etc, whose food webs depend upon oceanic fish.