Should insurance companies have access to your genetic Information

There is no good reason to deny insurers access to genetic information, argues a Professor of Ethics in a debate published in this week’s British Medical Journal.

Take the online poll at BMJ and express your opinion 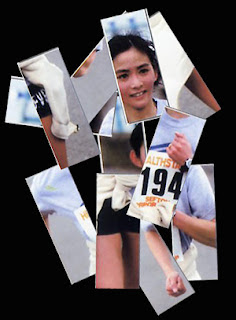 Only if we refuse to give insurers access to all health information can we reasonably stop them seeking genetic test results, says Professor Soren Holm from Cardiff Law School.

If insurers were denied access to any health information they would only be able to differentiate premiums according to very general risk markers, for example, age, gender or occupation. This would mean in effect that the healthy subsidise the unhealthy – but there would be equality.

However, if we allow insurers to have some kinds of health information, such as a person’s BMI or cholesterol level we no longer have any principled reason for excluding genetic information:

“Genetic information is not special. It is not inherently more specific, predictive, sensitive or private than other kinds of health information.”

He argues a better solution to this problem would be to make challengeable a decision to deny coverage for life or health insurance, thereby forcing insurers to make their reasoning transparent.

On the other side of the argument Professor Richard Ashcroft from the University of London says access to genetic information should not be allowed as it could lead to irrational discrimination. This arises, he says, from false beliefs about genetic information. It can be misunderstood or its significance over-estimated.

He says if insurers had access to complete health information, including genetic test results, it could lead to a situation which was “actuarially fair” but “socially unfair”:

“If the point of insurance is to cover the costs of ill luck, the only sort of ill luck you could not insure against would be the misfortune to have a late onset serious genetic disorder. Arguably such people would need insurance more than most yet would be less able than most to get it.”

In the face of uncertainty surrounding the interpretation of genetic information, occasional discriminatory practice by individual insurers and a lack of solutions to the problem of social justice, he says, it is preferable to maintain the status quo, at least in the medium term.
Posted by For Paws Hospice at 9:19 PM