Massive snowfalls due to Arctic warming, breakdown of polar vortex 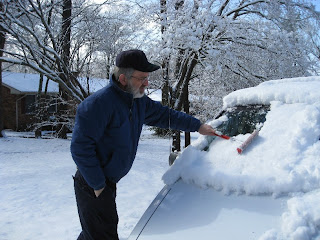 Photo by Sally Kneidel
Why are massive snowfalls and cold air walloping the U.S. for the second year in a row?

This morning I read the newsletter of Thomas Homer-Dixon, a climate scientist in the U.K. He explained what the polar vortex is, how the melting of Arctic ice has changed it, and how that change is responsible for our brutal winter. 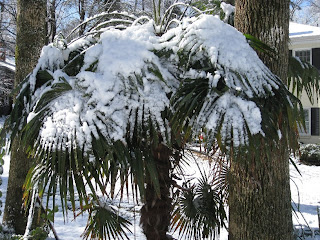 Even areas of the South have had multiple snowfalls this year. Photo: Sally Kneidel
What is the "polar vortex"?

Dr. Homer-Dixon explains it this way. Usually in early winter, a basin of low-pressure air forms over the Arctic Ocean's cold sea ice. Jet streams travel west to east along this basin's southern edge, creating a huge circular flow - the polar vortex - that travels counterclockwise around the Arctic. This flow acts as a fence, separating the Arctic's cold air from warmer air farther south.

According to Homer-Dixon and other climate scientists, heat was released last winter (in Dec and Feb) by newly exposed water in the Arctic - water that used to be ice. That heat created bulges of high-pressure air over the Arctic which pressed against the polar vortex, destabilizing it. The jet streams that comprise the polar vortex broke into disconnected segments, some of which traveled north to south, pulling bitterly cold air into North America, Europe and eastern China. 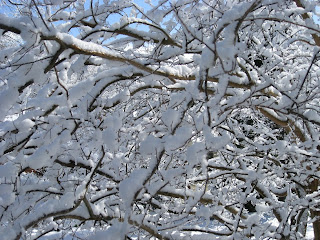 Scientists can't say for sure yet whether the same thing is responsible for this year's brutal winter. But they do know that jet-stream maps for the Northern Hemisphere in late November 2010 showed the jet streams broken into "bits, pieces, loops, and circles with many north-to-south flows over North America and Eurasia."