Audubon's annual bird count: even in the city, some species show up year after year 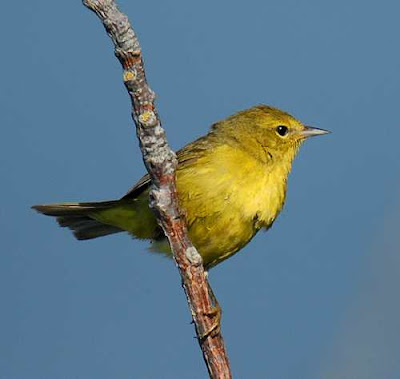 
Taylor Piephoff and Greg Hayes came to the Renaissance Golf Course Saturday in search of birdies.

Of course, there's nothing unusual about that.

But unlike the others traipsing around the greens in the early morning fog, Piephoff and Hayes were using binoculars instead of 9-irons.

The two men were among a group of 22 area birders helping with the National Audubon Society's 109th annual Christmas Bird Count, a national effort to catalog bird populations among growing metropolitan areas.

More than 120 Carolinas bird groups are taking part in the count this year, which started Dec. 14 and runs through Jan. 5. Results are due by mid-January. The Mecklenburg Audubon has held
an annual count every year since 1941.

The group has traditionally focused on a 15-mile circle, centered at the intersection of Woodlawn Road and South Boulevard.

Sticking to the same area allows for a controlled count that can be used to give researchers a better idea of the health of different species.

“We contribute to a data set that is used nationally and internationally to track birds,” said Ken Kneidel, an experienced birder in charge of Charlotte's count this year. “Without volunteers like we have, I don't know how this kind of research would ever get done.”

Kneidel said the Queen City's bird population has remained fairly steady since the mid 1970s, in part because of the city's protection of its tree canopy.

The chapter recorded 93 different species of birds last year, a little shy of the record of 96 set in 1983.

Birders have noticed trends in recent years. Some species have thrived as the city has grown. Others have diminished.

Meanwhile, it recorded more than 280 purple finches in 1981. Last year, they found one.

Such numbers are rough estimates at best, relying as they do on a one-day count by volunteers. But Kneidel said that observed over time, they give researchers a good idea about population changes.

Piephoff, 48, works for Mecklenburg County's natural resources department and writes a regular column on birds for the Charlotte Observer. He started birding in 1972.

Hayes, 38, works for Bank of America. He has been birding for about 10 years.

Both men say they grew up fascinated with nature – birds in particular.

“It's a fun way to connect with the world around you, the seen and unseen,” Hayes said.

Most birders develop a keen eye for spotting birds from great distances and through thick brush. But sometimes they rely on their trained ears.

With a cold fog hanging low over the course Saturday, visibility into the woods was poor. Piephoff walked to the edge of the trees and let out a bird call that mimics the sound some make when distressed.

A few seconds later, the woods erupted into a chorus of calls, as the birds answered.

Hayes and Piephoff rang off the names of the birds they heard as easily as others list familiar songs on the radio. A mockingbird, a white-throated sparrow, a Carolina wren and a swamp sparrow all called back.

The two men mentally logged the birds and continued on.

“In a lot of ways it is like a sport,” Kneidel said. “Finding a rare bird is like hitting a three-pointer or sinking a putt. It's exciting."