The illegal trade in animals and animal parts: WHAT YOU CAN DO 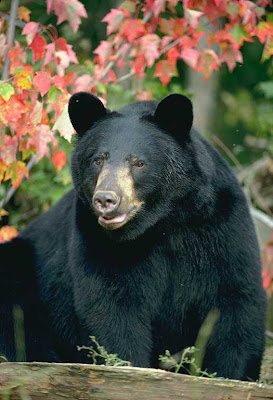 For years, I was under the impression that the countries supplying and consuming the most wildlife are somewhere else on the globe. I thought Americans were too well-read, too aware to play a huge part in the wildlife trade. I worried about African primates being eaten to extinction as "bushmeat" – victims of modern guns and access provided by logging roads. I fretted about the loss of tropical rain forests to international timber companies. I stewed about traditional Chinese medicines - over 90% of wild rhinos have been slaughtered1 since 1970, due to the superstitious belief that their horns have medicinal value.

But I know now that it's not Asia or Africa or Latin America that's the world's largest consumer of wildlife. "I've seen the enemy and it is us," said Pogo, the old cartoon character. The United States! How can that be? Most of us don't eat wildlife and don't use traditional medicines made of bear bile or rhino horns. No, but we consume wild animals and threatened plants in other ways. The U.S. imports more than 20,000 primates a year, mostly for medical, biological, and pharmaceutical research. We also import thousands of birds annually for the pet trade, especially parrots, and the number increases dramatically each year. Americans' wealth is a big factor in our consumption of tropical woods such as mahogany and teak from native forests. The U.S. consumes 60% of the world's harvested mahogany trees for furniture - 57,000 trees per year.2 Because we're rich, we are also huge consumers of luxury clothing from wildlife, such as furs and exotic leathers.

The United States, and our North American neighbors to a lesser degree, are among the biggest suppliers for the global wildlife market as well. I find that particularly sickening. But why should it surprise me? Money will find its way….

North America was relatively unexploited until just a few centuries ago, while Europe and parts of Asia have been densely populated for much longer. So the European nations that established colonies here – England, Spain, France, and Portugal – viewed the New World as a larder of biodiversity, for good reason. We have a few friends from England who visit us here on the East Coast and invariably they comment on the “wildness” of our area compared to England, where nearly every square inch has been cultivated and gardened and groomed for millennia. In the little town where we lived in England during a teacher exchange, almost every single tree had been planted intentionally – very few were native species. So, even now, the United States has relatively more undisturbed areas than do the “Old World” industrialized countries. For now. At the rate our U.S. population is growing, that won't last long.

What kinds of wild animals and wild plants are being taken from our shores? Some are animals or plants that have been over-harvested in Asia and Europe. As China destroys the native bear populations of Asia to obtain bear bile for traditional medicines (which are ineffective), they are forced to turn elsewhere for bears. Where? The American black bear is the most numerous bear species on the planet, at present. These bears are plentiful in the Appalachian Mountains, as well as in Yellowstone and Colorado. We’ve seen about 30 black bears in a couple of decades of camping in these places. But they are often targeted now by smugglers who are after their gall bladders. Shooting a bear undetected in a deep forest is not too difficult. Packing its gall bladder out, full of bile, is even easier. To read more about the trade in American black bears, go to www.traffic.org and enter black bears in the search window.

As it turns out, the consumption of Chinese traditional medicines is flourishing here in the United States too. According to TRAFFIC International, certain traditional Chinese medicine products are more available in North America than in China. A survey of 110 TCM shops in seven cities, by TRAFFIC, found that 49% of the shops offered for sale at least one product that contained a protected species.3 The market for North American caviar from sturgeon and paddlefish is growing rapidly as Asian and European sources dry up due to overharvesting . Reptiles, especially turtles and snakes, are collected from nature in the United States and sold as both food and pets. Rattlesnakes and alligators are used for entertainment, souvenirs, or expensive leather.

What you can do
Americans like to shop. Americans also travel all over the globe. We like to bring home foreign jewelry, carvings, shoes, shawls, leathers, musical instruments – all of which can be made from animal tusks, horns, wool, and skins of threatened animals. Whether you’re shopping in your hometown or across the planet, pay attention to what you buy.4

When you buy leather, fur or wool, read the label, ask questions, ask for documentation that it’s not from an endangered or threatened animal. Better yet, avoid gifts or souvenirs made from animal parts.

If you buy wood or ornamental plants such as orchids, ask the proprietor about the source. When you see anything questionable, tell the shop owner of your concern. Use your consumer power – vendors want to please their public.

For more detailed guidance about specific products, download a brochure from World Wildlife Fund. In the 1970s, WWF with the World Conservation Union (IUCN) founded TRAFFIC, the world’s largest wildlife trade monitoring network. Take the brochure with you when you shop. Their Web site has a wealth of information about global traffic in wild animals and plants.

2 “Mahogany Matters: The U.S. Market for Big-Leafed Mahogany And Its Implications For the Conservation Of the Species.” Traffic Network. Mahogany and CITES.

Wow, great post! :) It doesn't surprise me one bit that the Western World is a huge culprit, considering consumerism is what we live for...! I think everyone could stand to be a little more product-conscious when out shopping. Thanks for the information. :)

Great Post! I work with ex-pet sun bears in Indonesia. Despite protection under international and national law, sun bear parts are still sold openly in tourist markets and even in the Jakarta International Airport.

My city, Balikpapan, has even named the sun bear its mascot, yet bear parts can be purchased in the markets.

My center is also the occasional drop point for unwanted wildlife that has been kept as a pet. I frequently hear stories about "saving" animals from the wild, or buying them only because they looked so sad in the market. Never buy wildlife! Never keep wildlife as a pet!

My pets are my children
As pet lovers, I’ve been through my trials and tribulations trying to locate the best online pet resource and, believe me, it’s not been an easy task! After several years of trying site after site now i find that one special place which offered just the
right balance of information, resources, products, and, plain old ‘fun’, I finally decided that we I just
have to create it myselves.
Where quality is king but price reigns supreme