Breast Feeding Gets a New Review in Sub-Saharan Africa 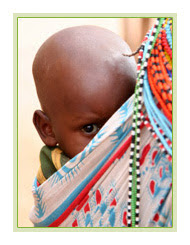 HIV, the virus that causes AIDS, is epidemic in Africa. In some sub-Saharan countries, 35% of the population is infected. Every year, as many as 700,000 babies are infected with the virus during pregnancy, birth, or breast-feeding.

For 15 years, professional health organizations such as WHO have recommended that infected women in developing countries avoid breast-feeding to prevent transmission of the virus through breast milk.

But recent research from physician Nigel Rollins of the University of Kwazulu-Natal in South Africa has turned that recommendation on its ear.

There's no question that breast-milk can transmit the AIDS virus. But the realities of formula feeding in developing nations complicate the picture.

In Africa, women often don't have access to clean water or can't afford enough formula, and often wind up supplementing the formula with breast milk. And sadly, a mixed diet of formula and breast feeding turns out to be the worst possible recipe for AIDS transmission, worse than either alone.

That's because unclean water in the formula often irritates the lining of the baby's gut or makes sores in the baby's mouth - so that during subsequent breastfeeding, the HIV virus has an easier path into the baby's blood.

Rollins and his research team studied more than 2,700 women for 7 years, and published the results in the March 31 edition of the medical journal, Lancet. They found that babies fed only breast milk had only a 4% risk of infection from the ages of 6 weeks to 6 months. This was less than half the risk of HIV infection of babies fed with breast milk plus formula or other milk products. In addition, babies fed solids as well as breast milk were 11 times as likely to become infected as were breast-only babies. The solids were also found to inflame a baby's immature digestive system, thereby facilitating transmission of the virus through the gut wall into the baby's bloodstream.

Formula-feeding in developing nations has other problems as well. Babies fed formula or solids before 6 months of age don't get the full nourishment and disease-fighting benefits of breast milk, while being exposed to increased risks of gastrointestinal diseases and malnutrition from unclean water.

"We've reached remarkable consensus among experts" that exclusive breastfeeding is best during the first 6 months for babies of HIV-infected mothers in poor countries, says Jean Humphrey of the John Hopkins School of Public Health, speaking from Zimbabwe. "The issue really now is what to do after 6 months." WHO currently recommends that mothers wean babies rapidly after 6 months to avoid prolonged exposure to mixed feeding.

Source:
Carolyn Barry. "The Breast Solution: Nature's nutrition keeps HIV at bay." Science News. September 22, 2007. Some sections of the blog post above are direct quotes from the Science News article.