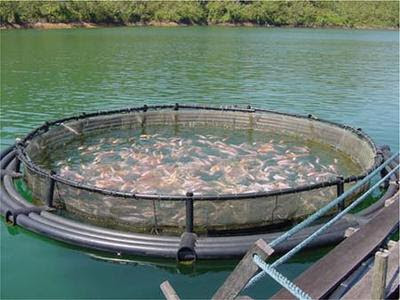 Do you eat salmon? Lots of doctors are recommending it. But there’s more to salmon than meets the eye. If you haven’t seen the word “wild” at the market or on the menu, the salmon you’re eating is probably farmed. Farmed salmon are raised in floating feedlots in Chile, Canada, Europe, and the United States. And that spells trouble. For you, for wild salmon, and for the oceans.

How can a food be so inexpensive in the supermarket but so costly both to our well-being and the environment? It’s because the economic groundrules hide the real costs.

In the case of farmed salmon, those rules allow raw sewage to pour into coastal waters, and fatal epidemics to spread from farmed to wild fish. Meanwhile, the industry dodges the bill, leaving you, me, and our children to pick up the tab.

Salmon farms don’t protect wild salmon. Instead, they infect wild fish with parasites and diseases, and compete for precious habitat when farmed fish escape their pens.

image from another salmon farm

These problems can spell disaster for wild fish. In British Columbia, at least three rivers have now been populated by escaped Atlantic salmon, an invader to our Pacific waters that competes with native fish. In Norway, the government has resorted to the deliberate poisoning of whole rivers to wipe out the spread of a parasite from a farming hatchery.

Now that we recognize these problems, it’s time to demand that salmon farmers clean up their act. The farms can improve by raising the fish on land, in ponds whose waste is treated before it is released into the sea. That would at least isolate them from the wild fish they are harming.

Salmon farming expanded from just 10% of global salmon production in 1986 to 58% in 2001 — much faster than our understanding of its impacts. As a result, salmon farmers have been getting a free ride. It’s time for them to start covering the true costs.

For more information, click on Ecotrust's article below, The Hidden Costs of Farmed Salmon.

Source: "The Hidden Costs of Farmed Salmon". Section Z: A Project of Ecotrust.
Posted by Sally Kneidel, PhD at 8:13 PM

Great post! I'll be linking to it from my salmon recipe today.