10 Easy Ways to Use Less Gasoline 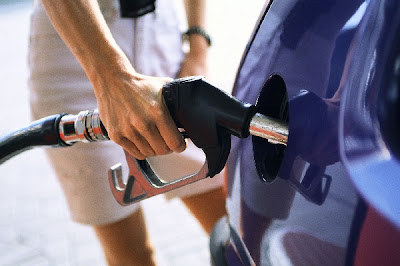 Three weeks ago, just after Hurricane Ike, I spent $70 to fill the tank on my old Volvo. I couldn't believe it. Of course, the station was price-gouging because Charlotte was out of gas. Almost every station in town was out, for 14 days or so. So we had to take whatever gas we could find. I hated that. I hated paying for it, and I felt guilty for using so much gas. Price can be a painful reality check sometimes.

We would like to buy a hybrid car, and we've been mulling it over for some time. But we can't bring ourselves to spend that much money on a car. We've never bought a new car and never had car payments. Our budget can't accommodate car payments. So we're looking for used. Because of the price of gas and our concerns about greenhouse gases, we're specifically looking for a used Honda Civic. The Civic is rated about as high as any car other than hybrids on various "green car" indices, such as the Green Book on www.greenercars.org. A Civic uses more gasoline and emits more CO2 than a Prius, but it will be a big improvement over the Volvo.

Meanwhile, as we're looking for a Civic, we've been trying to reduce our gas consumption and greenhouse gas emissions with the car we have at the moment.


According to the National Safety Council, the amount of gasoline and money wasted by inefficient driving in the United States is tremendous, adding up to 753 million gallons of gas per year, or $1,194 per driver in wasted fuel and time.

National Safety Council. “What You Can Do About Car Emissions.” www.nsc.org/ehc/mobile/mse_fs.html

Think of how much money could be saved each year if everybody followed these tips. It really isn't hard to use less gas and still get to where you need to go.

Another good way to save gas: ride a bike

I'm always confused when I see someone run into a store leaving their car on. If you're going to be coming out quickly anyway it won't be getting cold that fast - so how many seconds are you saving by leaving it on? It's never a good idea to leave keys in the ignition anyway.

If you move forward to buy a car, here is a tip:

When buying anew car you should bring a piece of paper to the dealership and make sure you do all the math of the finance calculations yourself. The point is not that they will do the math wrong. The point is you will see exactly how the deal is structured. Do not be afraid to take the time to do this or look like a fool.

Here are five other steps that may save you thousands if you follow them next time you buy a car: http://www.butasforme.com/2009/03/29/how-to-buy-a-new-or-used-car/