Africa lost nine per cent of its trees between 1990 and 2005, according to a UN survey of the world's forests. 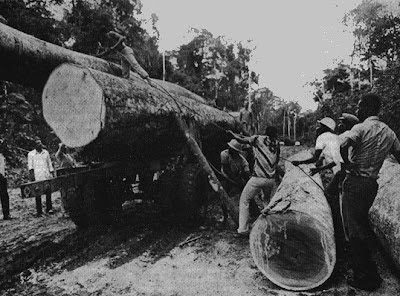 In a news release this week (13 March) by the UN Food and Agriculture Organization, it was reported that the highest losses occurred in countries with the densest forest cover: Angola, Cameroon, DRC, Nigeria, Sudan, the United Republic of Tanzania, Zambia, and Zimbabwe, all in Africa.

Although forests are obtaining greater political support and commitment in Africa, the report says "implementation and law enforcement remains weak in most countries".

In Latin America and the Caribbean, home to a quarter of the world's forest cover, 0.5 per cent of forest was lost each year between 2000 and 2005 ― up from a rate of 0.46 per cent in the 1990s. The conversion of forest to agriculture was the leading cause of deforestation.

Costa Rica, however, reversed its forest decline in the 1990s subsequently realizing a growth of of almost one per cent of forest area expansion per year. But the extent to which this is related to reductions in agricultural land or innovative policies is not clear, warns the report.

The survey highlighted positive action in Latin American countries. This includes a large increase in forest area designated for biodiversity conservation, indicating that countries are taking steps to prevent loss of primary forests ― those undisturbed by human activities.

According to the report, the region is "among the world leaders in innovative approaches to international cooperation on forest issues". Methods used include forming networks to fight fires and improve the management of protected areas.

The Amazon Treaty Cooperation Organization ― whose member countries comprise Bolivia, Brazil, Colombia, Ecuador, Guyana, Peru, Suriname and Venezuela ― and the Central American Commission on Environment and Development are among those cited in the report.

Forested area increased in Asia between 2000 and 2005 ― largely due to China's investment in tree plantations, which offset high rates of forest clearing in other regions.