A tale of two cetations

A life sized blue on your desk top is the latest initiative designed to raise awareness about the risk to whales from on-going whaling by countries like Japan, Norway and Iceland. 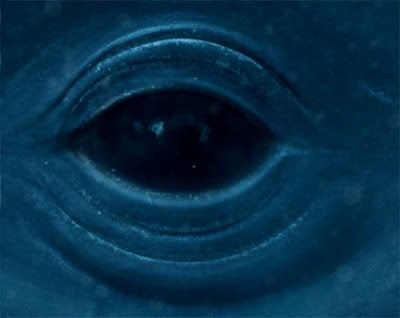 The Whale and Dolphin Conservation Society, has announced the runaway success of its latest awareness-raising initiative; a life-sized blue whale on the web.

The banner, as part of WDCS’s Stop Bloody Whaling campaign, gives viewers a glimpse of a life size animated blue whale, the largest animal ever to live on Earth. The campaign highlights the growing danger to great whales from a cruel and increasingly aggressive commercial whaling industry.

The animated whale banner can be seen at www.whales.org.

“The response we’ve had has been overwhelming”, says Lindsay Bruce, IT Manager at WDCS. “Now we’re finding that our hosted solution is close to saturation as demand for the banner really takes off. We hoped the banner would be popular, but seeing this level of public interest is both gratifying and creating a real technical problem. The banner has registered over 90,000 downloads of the animation in the past week and we have been inundated with requests for a version to use as a screen-saver. We’re now looking for a generous IT partner who can help us host this. Clearly it’s made an impact on the public and we want it to stay up, but we don’t have the infrastructure to cope with the demand”.

Created by the German ad agency “Jung von Matt” in Hamburg with the help of "Soulpix 3D animation", the blue whale animation is composed of 10,000 JPEG images stitched together to illustrate the enormous size of these marine mammals. An ingenious Flash engine downloads the images on demand as the whale “swims” slowly across the screen. The completed image is over 80Mb in size.

“The banner is both a fascinating impression of this gigantic animal, the blue whale and a key reminder of the very real danger of commercial exploitation faced by this and other great whales should pro-whaling countries succeed in overturning the ban on commercial whaling.” Says Nicolas Entrup, spokesperson for WDCS “We want the banner to demonstrate to people how amazing these animals are, and how important it is that we do everything in our power to protect them.”

In the twentieth century, whaling pushed many species to the very brink of extinction. In the Antarctic alone, between 1904 and 1978, 1.4 million whales were killed. This number includes the 350,000 blue whales taken by whaling fleets during that time. Thousands more were killed and not reported. With populations slow to recover, these giant creatures are now classified as endangered with some populations in the Antarctic numbering just a few hundred. Many other populations of whales were similarly decimated.

Greener Magazine
Posted by For Paws Hospice at 9:22 PM